Sometimes Isaac plays this game with us.  It’s called how many times can I wake Mommy and Daddy up during the night.  Some nights he doesn’t do to well but more often then not he’s able to get consistent high scores.  He’s very talented.  I like to think I also play this game with him when I’m putting him to sleep called Whoever Goes to Sleep First Loses.  Sometimes games go on for a while but I usually win this one. 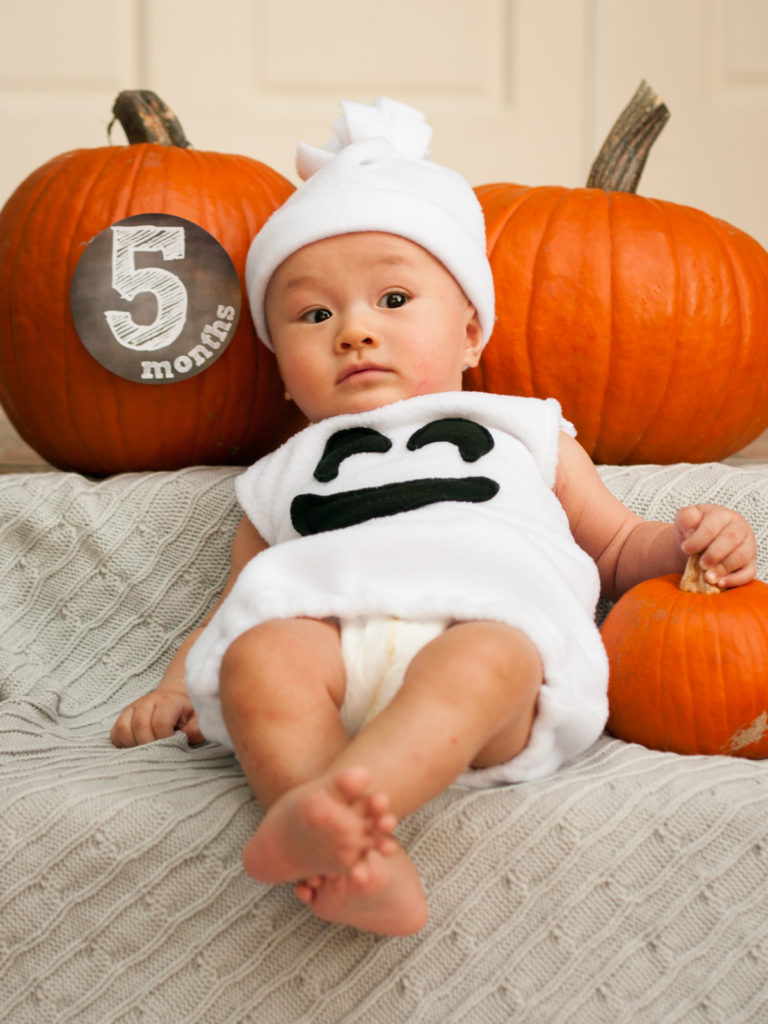 For Halloween, Mommy made Isaac a ghost costume using her new sewing machine.  I think she wants to make him a costume every year, the way Mommy’s Mommy made her a costume.  The sewing machine was sort of a birthday gift.  She bought it right around the time of her birthday and it was the easiest present I’ve ever given her.  I didn’t even have to buy it!  But I did end up painting her something.  I wasn’t too happy with how it came out since it was of Isaac, Mommy and Me, all happy putting him down at night, which wasn’t realistic at all.  The one painting I didn’t draw myself as a hedgehog and the least realistic of them all. 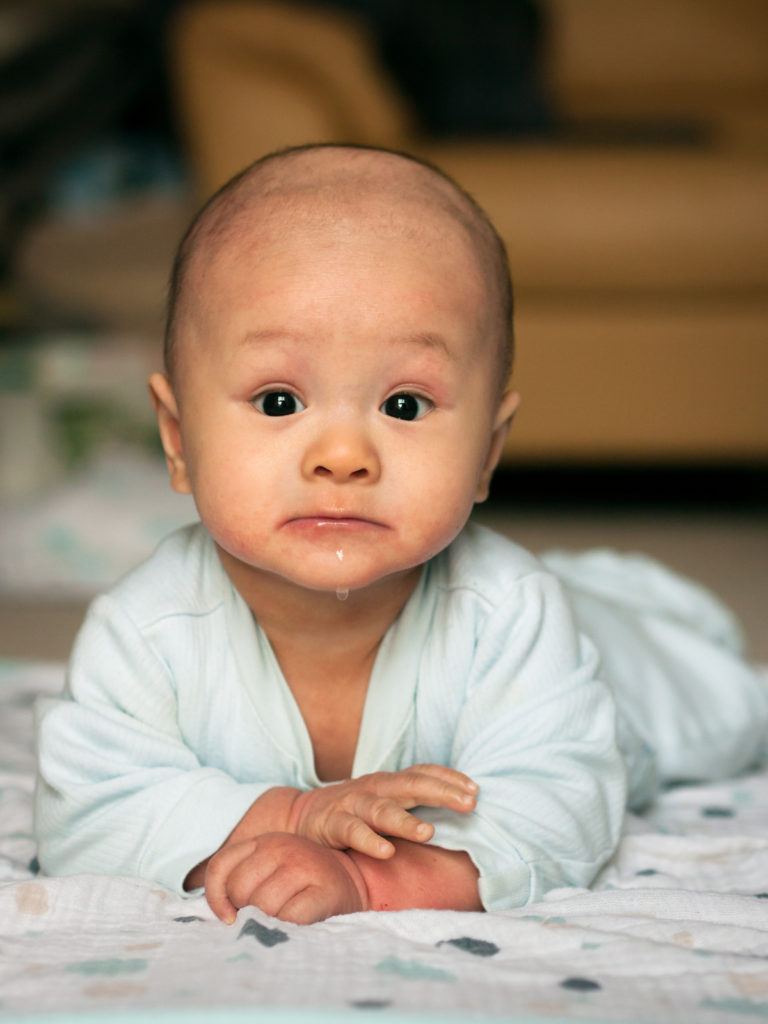 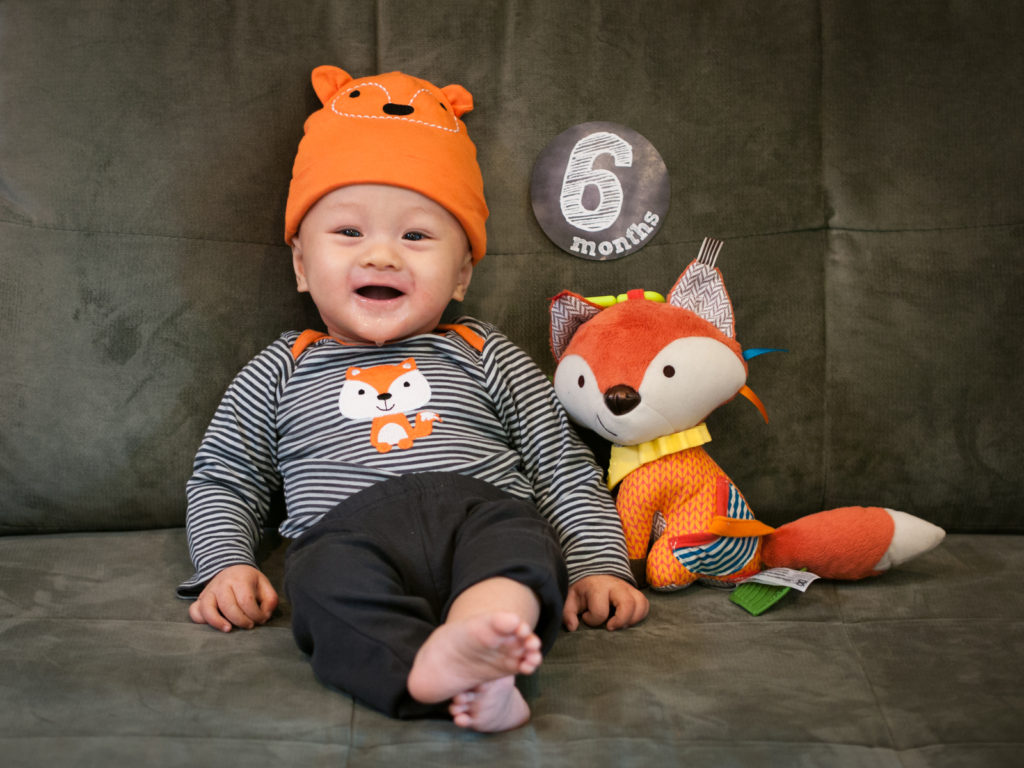 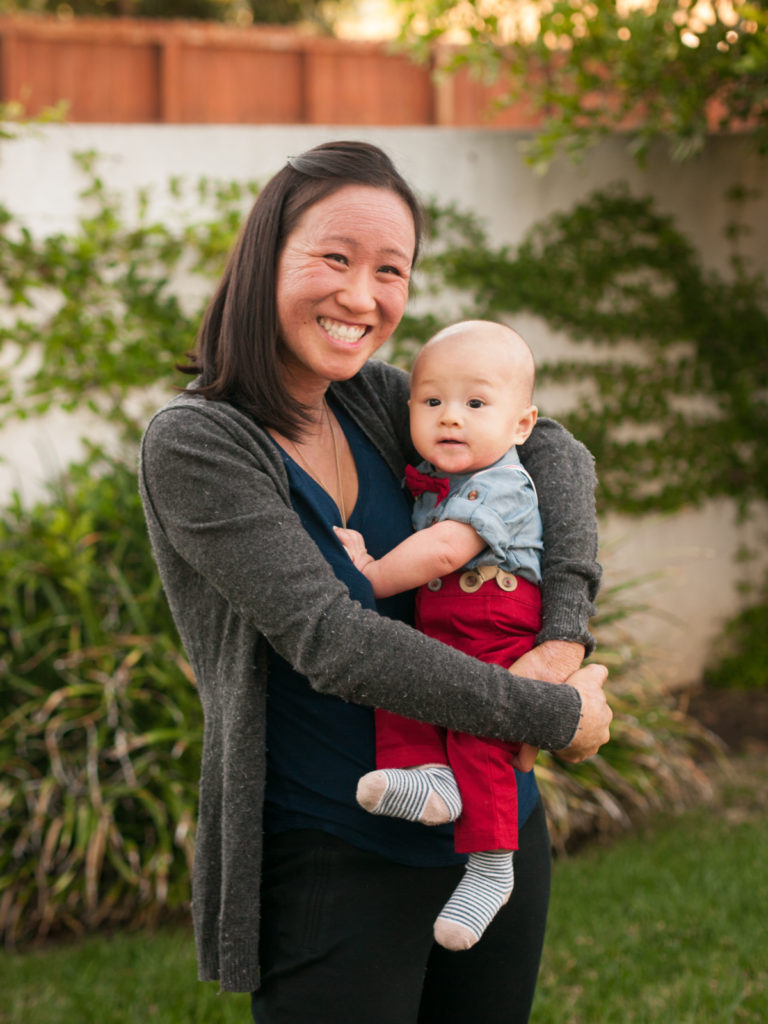 Over Thanksgiving break we saw this adorable outfit at Target and thought it would be great to take some of him in it for holiday photos.  Since all of his clothes so far has been hand-me-downs or gifts, this was one of the first outfits we actually bought for Isaac.  It was pretty cute on him but a little rougher than his normal clothes and he was squirming and itching himself when he first put it on.  The suspenders must have felt weird too.  When he looks at himself in the mirror, I don’t think he has any concept of how cute he is, and maybe that’s part of what makes him so super cute.  But what’s strange is that I don’t have any concept of how cute I am, and I’m still not nearly as cute.  Ah well.  When we went outside for a walk one day, a neighbor jokingly commented on how we share similar hairstyles.  Cuts deep, man. 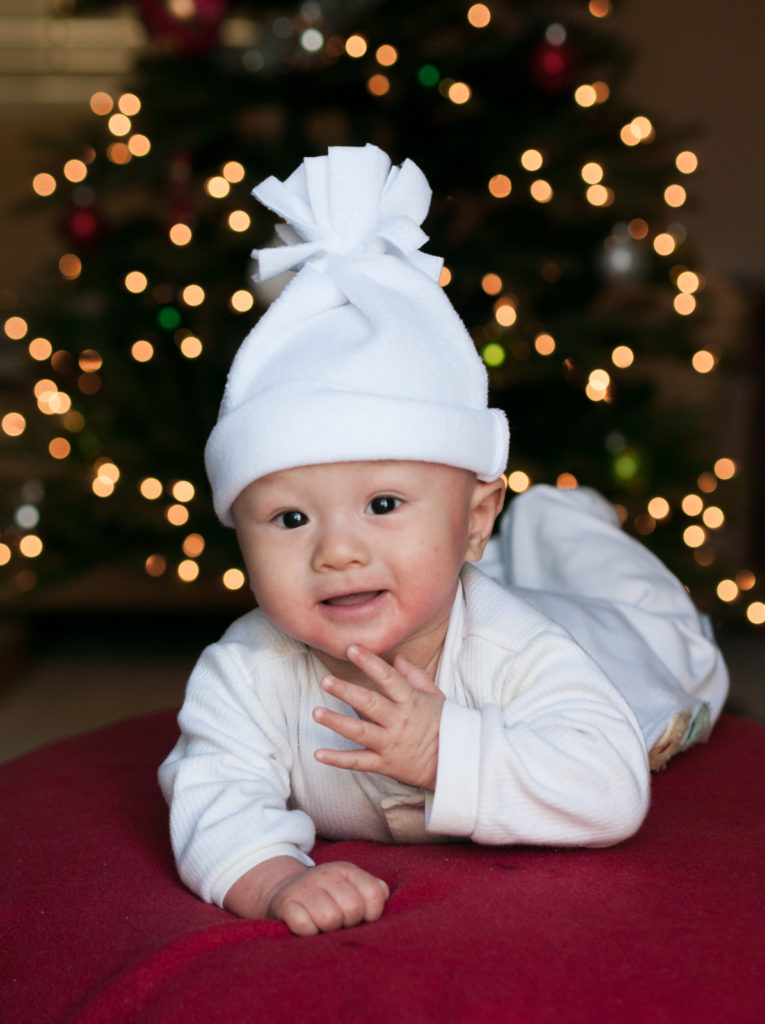 Taking Christmas photos of Isaac was very involved.  Moving the tree around the house for the best lighting before deciding on the family room, setting up the footstool and putting a red blanket over it to match the holiday theme, making sure he doesn’t topple over, moving the couch backwards so people don’t question why there’s a tree right in front of a couch, removing the distracting painting in the background, setting up the tripod outside to shoot through the open sliding door.  Adjusting the aperture to be open enough for a decently fast shutter speed and that shiny bokeh, but closed enough to hopefully get all the faces in focus. It’s all very meticulously planned.  I’m not sure how worth it the whole thing even was.  In the end, the photos outside turned out better. 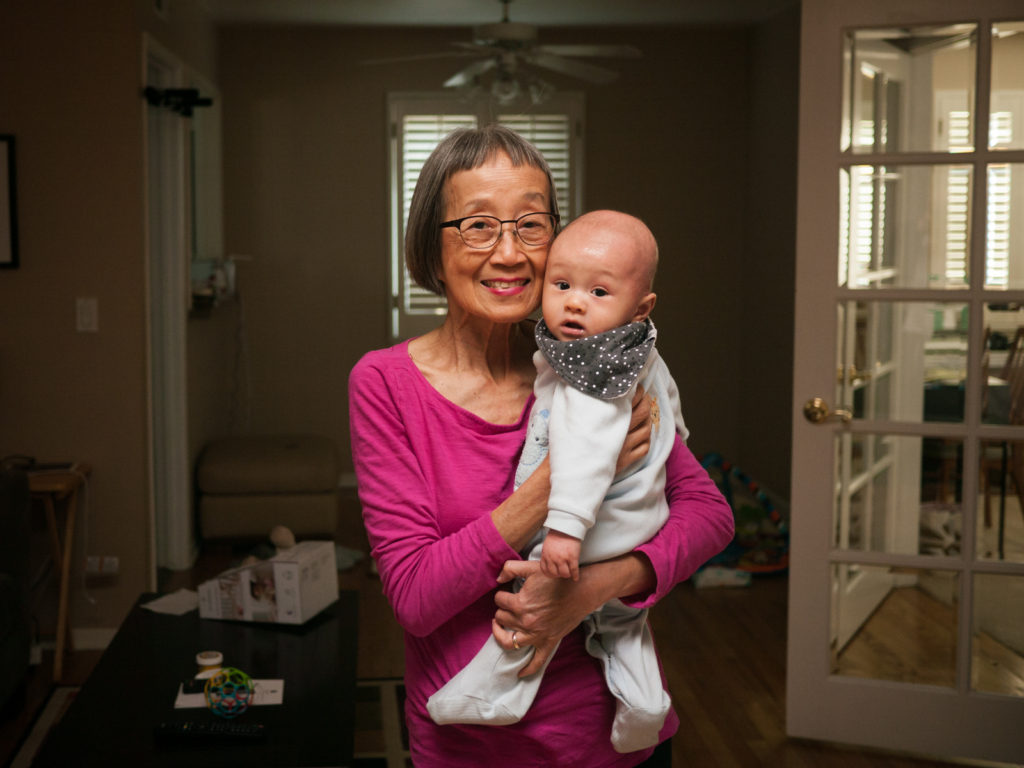 Overall, the last couple months have been tough.  We still haven’t gotten a lot of sleep, Isaac still itches like crazy all over, and hasn’t really adjusted well to either formula or solids.  Sometimes Mommy and Daddy look at Facebook and see the wonderful progress everyone else’s little ones are making and we have to remind ourselves not to look at Facebook again.  Still, as mentally, physically, and maritally taxing the whole thing has been, we probably wouldn’t trade it for anything else.