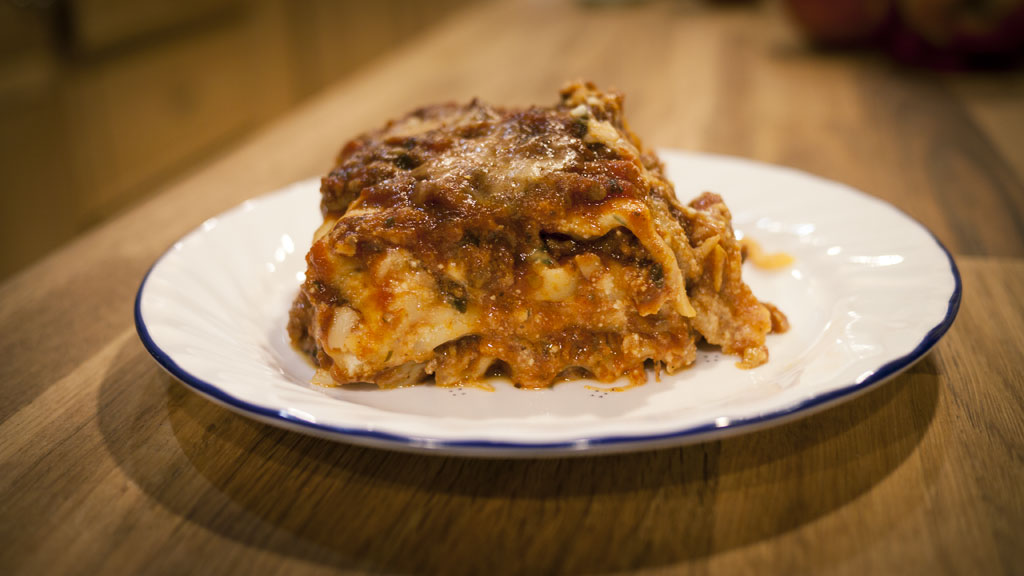 Last Saturday was my first attempt at making lasagna. I followed this recipe, recommended to me by both my coworker and punchfork (which I’ve become a fan of).  Another weekend ago I made braised fruited lamb shank which was probably more photogenic but alas, no photo (I had a friend over and I didn’t want to make him wait setting up the camera and tripod and arranging the scene; I just can’t seem to take a quick snapshot with my fantsy-pants camera).  Anyway, with the amount of cheese and meat I put in this bad boy, I would hate to see its nutritional info. It was also the first time I used a dutch oven for the meat sauce.  It was my roommates and I’m thinking his cost a pretty penny. I’ve never handled a piece of cooking wear so delicately.  I must have soaped and washed that thing five times after it was clean before putting it back in its box. On a totally random note, here’s a photo of my roommate’s girlfriend’s dog named Cookie (wearing a pooh suit for the winter months).  If you ever want to be a chef who makes food that gets longing mouthwatering glares, this is the dog to get. 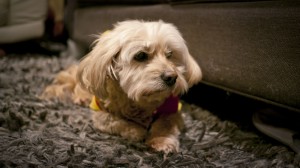