I had been living in a rented room in a condo for the past four plus years or so and decided it was time to move. I have been shopping for a house but was motivated by a friend and my brother who both suggested I try to find a place to rent that’s better. One of the perks of moving is being able to go through all your stuff and discarding things that you don’t need or want anymore. Interestingly enough, the old tenant hasn’t moved out yet so I haven’t quite fully moved in yet so my stuff is still in boxes, almost begging a second look as to whether I still need them or not. Anyway, I did manage to set up my desk and it is rather nice to have a somewhat clean, minimalistic workspace. Hopefully I’ll be able to keep this that way. 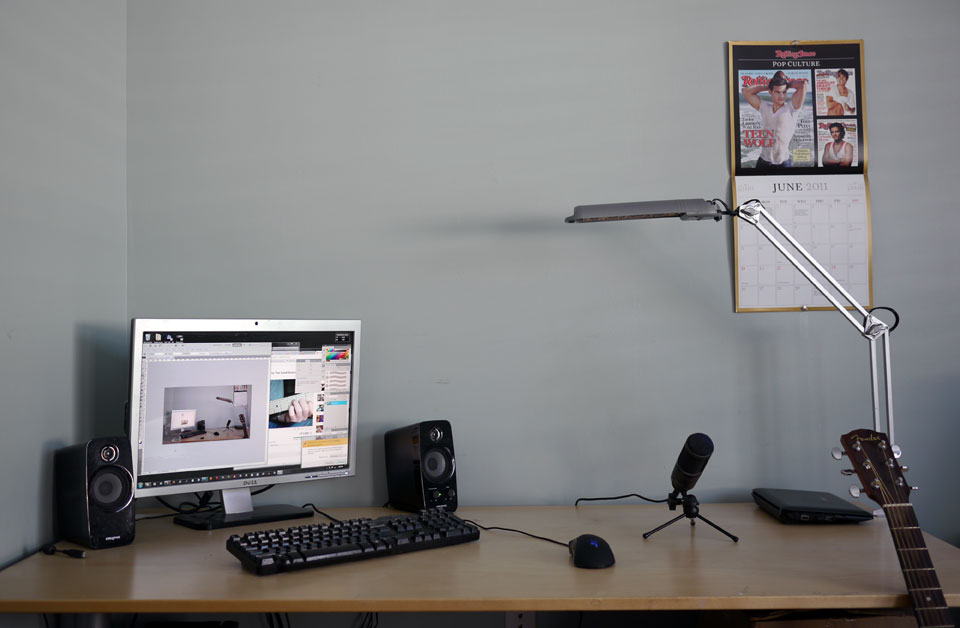 To be honest, though, the space underneath the desk is a mess of usb, power, audio, and antenna cords and it’s quite unsightly.  But the previous tenant left his Rolling Stones covers calendar, so I have Taylor Lautner in a wet t-shirt to accent the space. Having a clean desk is nice.  Usually I balk at the thought of doing some studying at home (it was never that conducive to work at my old place I thought) but I’ve actually managed to get through some parts of the modules I have to complete, taking guitar breaks along the way.  Anyway, it’s slightly a strange setup not being able to move in for an indeterminate amount of time (the previous tenant has been on honeymoon for the past few weeks or so) but I imagine it being some sermon illustration on being sojourners in this world, or developing patience, or something of that nature.  Anyway, I finished learning another song on the guitar, and got started on another.  My fingertips are pretty dented in from the strings.